The one and only Adele 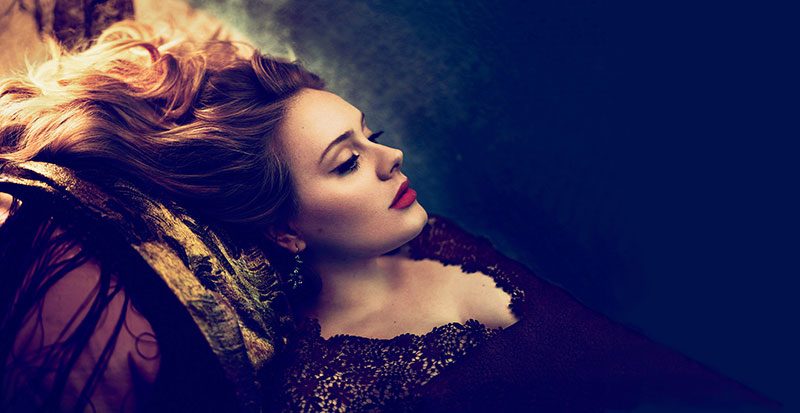 The phenomenal and formidable Adele runs her life and her career the way she wants to and fans the world over love her for it.

That voice, that skin, that hair – that attitude! Perhaps the most astonishing thing about it all though, is that the music industry had no need to brief its PR teams, image spin doctors and talent coaches to turn Adele Laurie Blue Adkins’ raw credentials into a ‘package’ they could sell. It was all there.

Now one of the most popular artists of the decade, Adele once joked that she didn’t know what she was going to do if her music career failed because she’d never really had a job. But from the moment fans heard her soulful but powerful voice and original lyrics, any other ‘day job’ would have been laughable.

So how did this now 24-year-old from North London go from fooling around with a mic and singing for her mum’s friends to winning eight Grammy awards and two coveted titles at the recent Brit Awards? 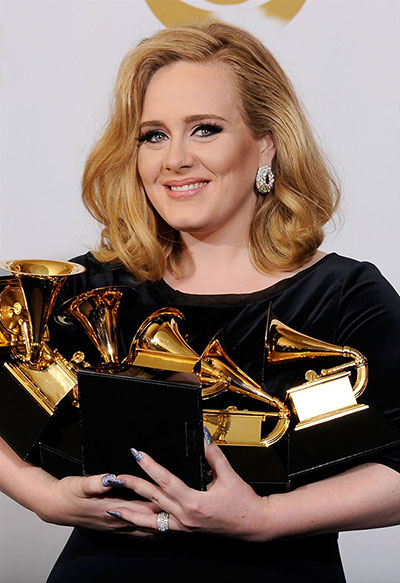 It’s all in one line of her acceptance speech when she thanked her record company for ‘letting me be the kind of artist I wanted to be’ and her fans for never demanding that she be ‘anything different.’ It’s a powerful message to any woman struggling with the demands of a material world.

In an interview with Rolling Stone magazine, she said ‘I don’t make music for eyes, I make music for ears.’ It’s a refreshing comment in a world where high-profile celebrities have every gesture, fashion item and kilo-gain intensely scrutinised, often unfairly detracting from a formidable talent. Adele at the 2012 ceremony Grammy Awards was more gorgeous and more confident than ever; her hair was shorter and more golden framing her face and bringing out her flawless skin and features and yes, she was slightly slimmer after her throat surgery. Far more importantly, is that she’s grown to be a global music icon and that’s ‘big’ in the best kind of way.

IF YOU WERE A BAG WHAT KIND OF BAG WOULD YOU BE?
JACKIE O: THE ULTIMATE STYLE ICON
ELIE SAAB: ARABIAN PRINCE
SHAPED FOR SUCCESS
SUSAN BOYLE’S GIFT
GRACE CODDINGTON, GRACEFUL ELEGANCE
The Makings Of A Muse
A Special Woman
Rachel Zoe – the queen of style
Beyoncé – she’s got soul
Queen of Posh
The J-Lo legend
Moms and daughters in the spotlight
Adele