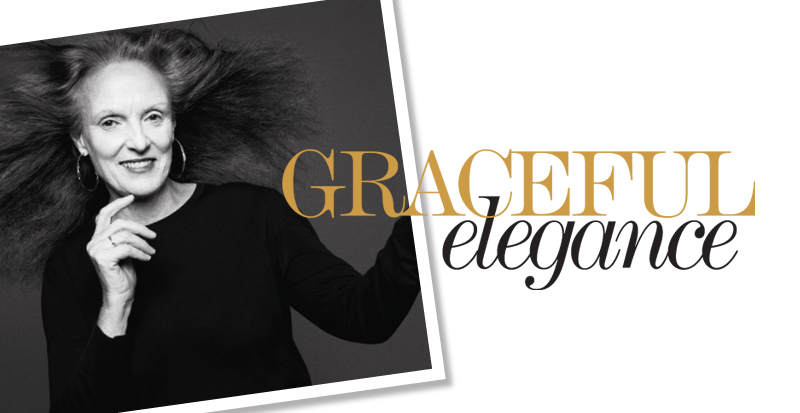 Designers worship her, photographers fall at her feet and Anna Wintour calls her a “beacon of excellence.” Meet Grace Coddington, the woman who makes Vogue Vogue.

Precise bob, steadfast pout, oversized round sunglasses; it’s the distinguished silhouette of Anna Wintour, Editor in Chief of American Vogue, that has famously held a tight grip on the fashion industry… until a couple of years ago that is, when Anna’s fame was surprisingly overshadowed by Grace Coddington, Vogue’s adored Creative Director. It was 2007’s Vogue documentary “The September Issue” where Coddington stole the show and the public got to experience what fashion insiders have known for years – the brilliance of Grace.

American designer Marc Jacobs gave a heartfelt salute to Grace at her fashion-studded 70th birthday bash in New York last year saying, “After my show, one of the few people I want to know if they liked the show is Grace. I seek her approval. She is honest, caring, loving, creative, intuitive.” It’s this calm, warm and approachable persona of masterful stylist Coddington that brings peaceful equilibrium to Wintour’s often unattainable pursuit of “Vogue” perfection. 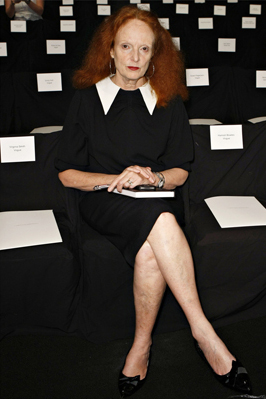 Starting her career as a model in London’s swinging 60’s counting Vidal Sassoon, The Rolling Stones and The Beatles as friends, Grace has loved and appreciated fashion from a young age. Reminiscing to New York Magazine about growing up in Wales she says, “I ordered Vogue every month from the local store. For me, the magazine represented an amazing fantasy world of sophistication and grown-ups.” After leaving modelling, she pursued her teenage dreams and soon started to work at British Vogue and after 20 years as the magazine’s Photo Editor she was tempted by Calvin Klein in the late 80’s to swap the UK for the US and so started her illustrious career in the Big Apple.

With a book about her 50 years in the fashion industry set to launch soon and continued success at Vogue, Coddington embodies everything that’s right about fashion – hard work, art and sincerity – and with passionate insights like this it’s comforting to know that at 70, she’s not planning to quit her day job: “Fashion keeps evolving, and the people change all the time, and that’s what I think is remarkable and great.”

IF YOU WERE A BAG WHAT KIND OF BAG WOULD YOU BE?
JACKIE O: THE ULTIMATE STYLE ICON
ELIE SAAB: ARABIAN PRINCE
SHAPED FOR SUCCESS
SUSAN BOYLE’S GIFT
The Makings Of A Muse
A Special Woman
Rachel Zoe – the queen of style
Beyoncé – she’s got soul
Queen of Posh
The J-Lo legend
The one and only Adele
Moms and daughters in the spotlight
Grace Coddington, American Vogue, Anna Wintour